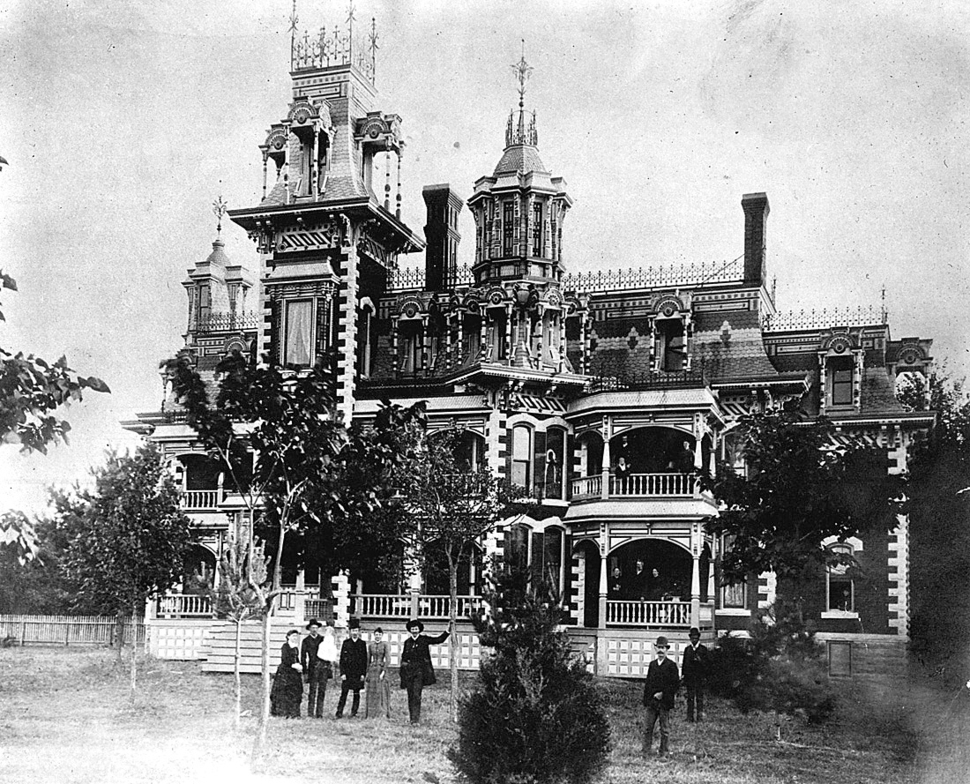 The captivating history of Stone's Folly begins with a nurseryman turned real estate capitalist who built a gothic-styled mansion near 17th and Stone ave sometime around 1887. Unfortunately, financial devastation left the project unfinished; the building became known as "Stone's Folly."

After Stone sold the home in 1890, it changed hands multiple times until the American Sunday School Union of Philadelphia (ASSU) purchased the mansion for $500 in July 1895. Charles Parham then opened the Bethel Bible School in October of 1900.

A few months after opening the school and dedicating one of the building's two towers to perpetual prayer, students of the school received the gift of speaking in tongues. This event is known as "The Topeka Outpouring." The birthplace of the pentecostal movement.

Parham and his followers started to gain a lot of attention and eventually moved to Kansas City. The home was sold to Henry Croft (a notorious bootlegger) in July 1901 and became "Crofts Road House" - a brothel.

In December of 1901, a fire of unknown origin destroyed the building, and Croft sold the property to Thomas Owen in 1902.

The Owens built their home on the land in 1905 and lived there until 1946 when it was sold and established as Most Pure Heart of Mary. For many years the home served as the parish rectory housing priests until a new one was built in 2019.

In a documented history of our parish written in 1977, Lillian J. Kennedy claims Thomas Owen built his home directly on Stone's Folley foundation however, a parcel map from 1989 shows the Folley building was actually a little more north.

In 2020, Kansas Geological Survey examined the site with ground-penetrating radar. The report reveals a disturbance in the ground that correlated with the 1898 map's location of the home.

Excited by this discovery, a small team including Fr. Nathan Haverland, some office staff, and visiting seminarians began an informal dig. After diging a few feet down, they discovered several convincing artifacts that support this was the actual location of the Folly mansion. Within short order, the crew uncovered multiple nails, bits of broken bricks, and pieces of stoneware or pottery. To their amazement, they found evidence of a fire which included melted pieces of glass and pockets of ash. After digging a few feet down, they also uncovered what appeared to be a stone footing made out of stone similar to that which is used in the foundation of the rectory.

These findings correlate with reports of the fire from 1901 newspaper clippings that state the structure had fallen in on iteslf in the fire. The parish continues to look for information confirming the exact location of the mansion.

A few photographs of the findings discovered during the Stone's Folly dig. 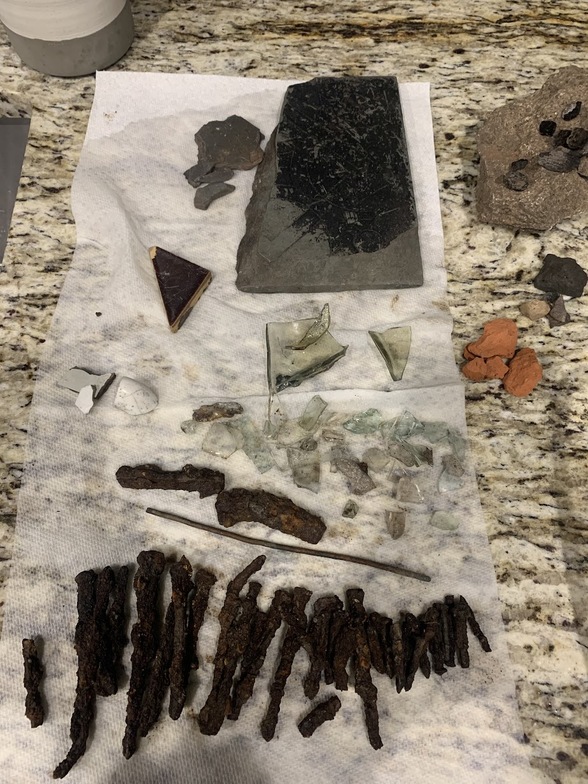 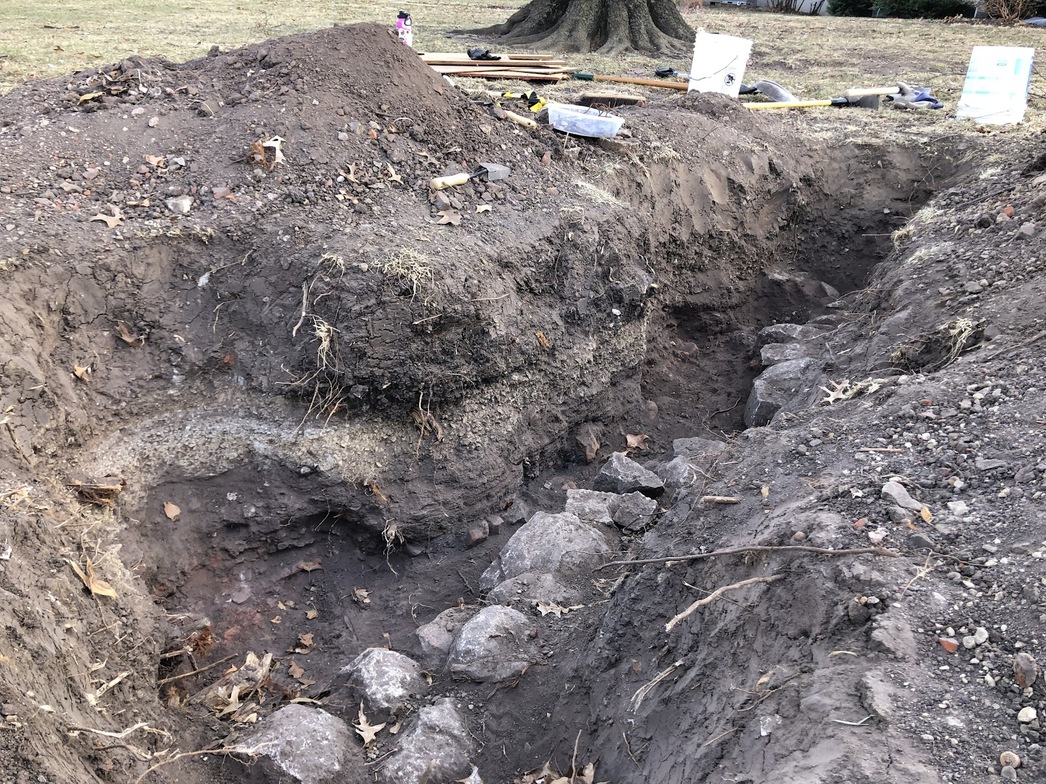 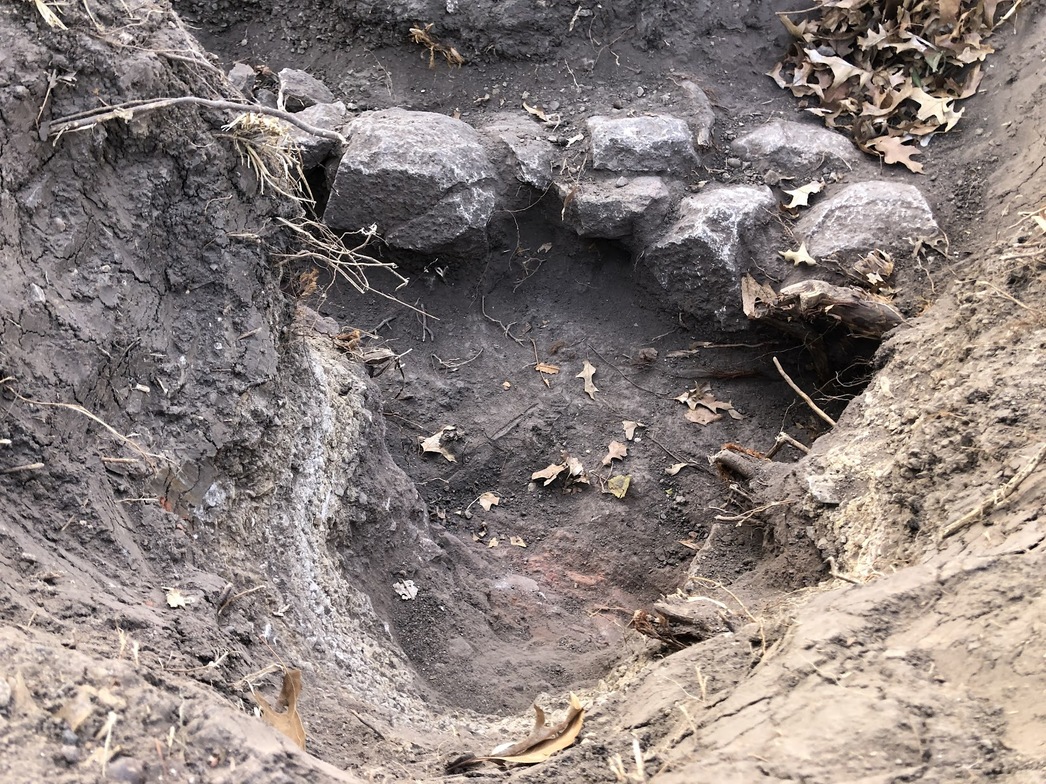 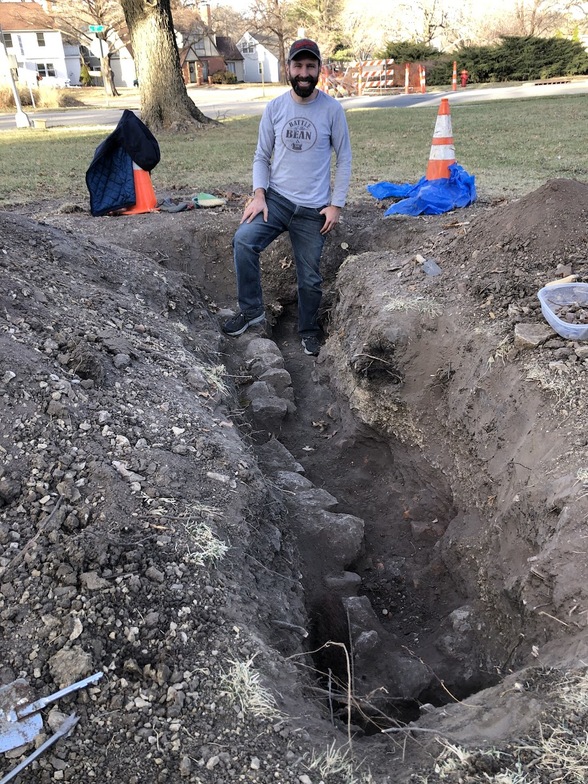 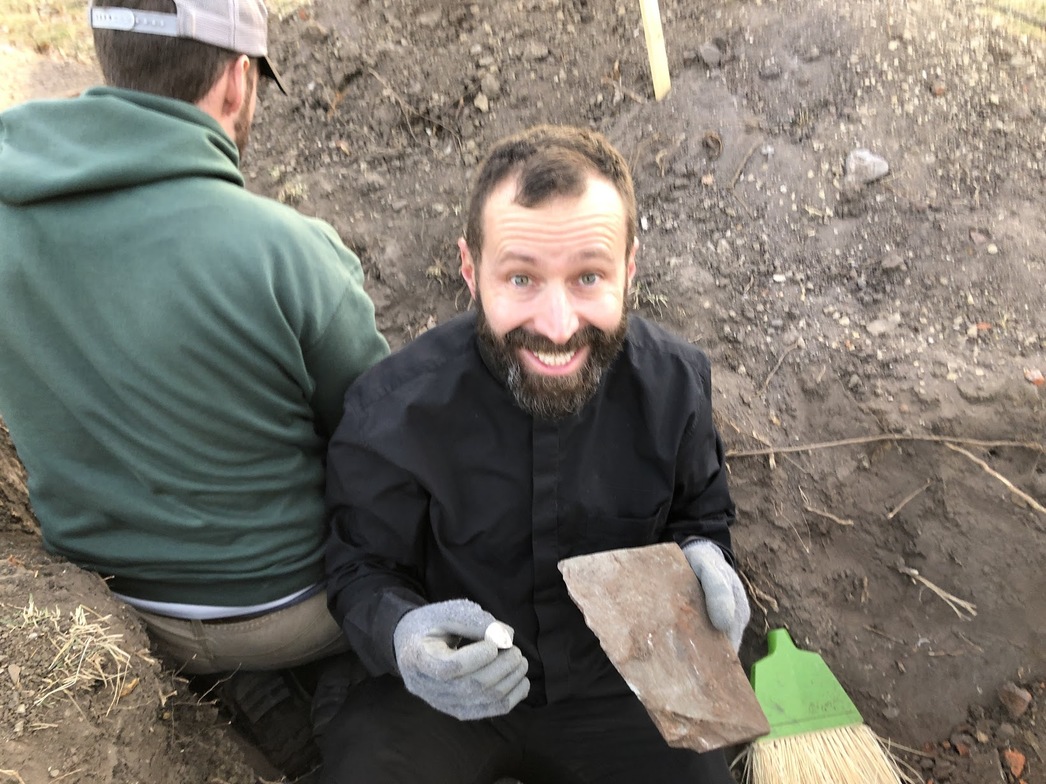 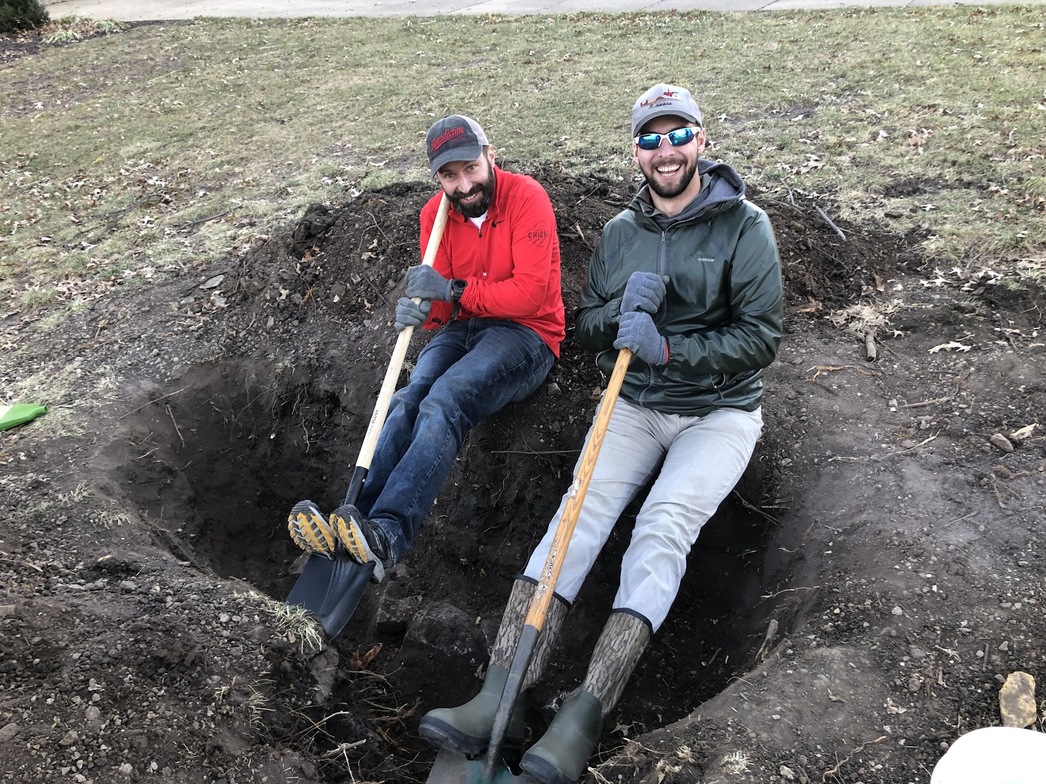 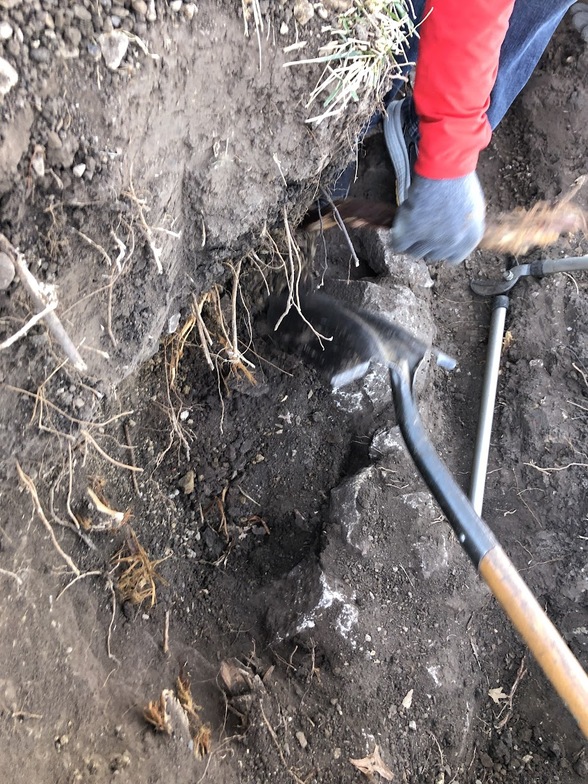 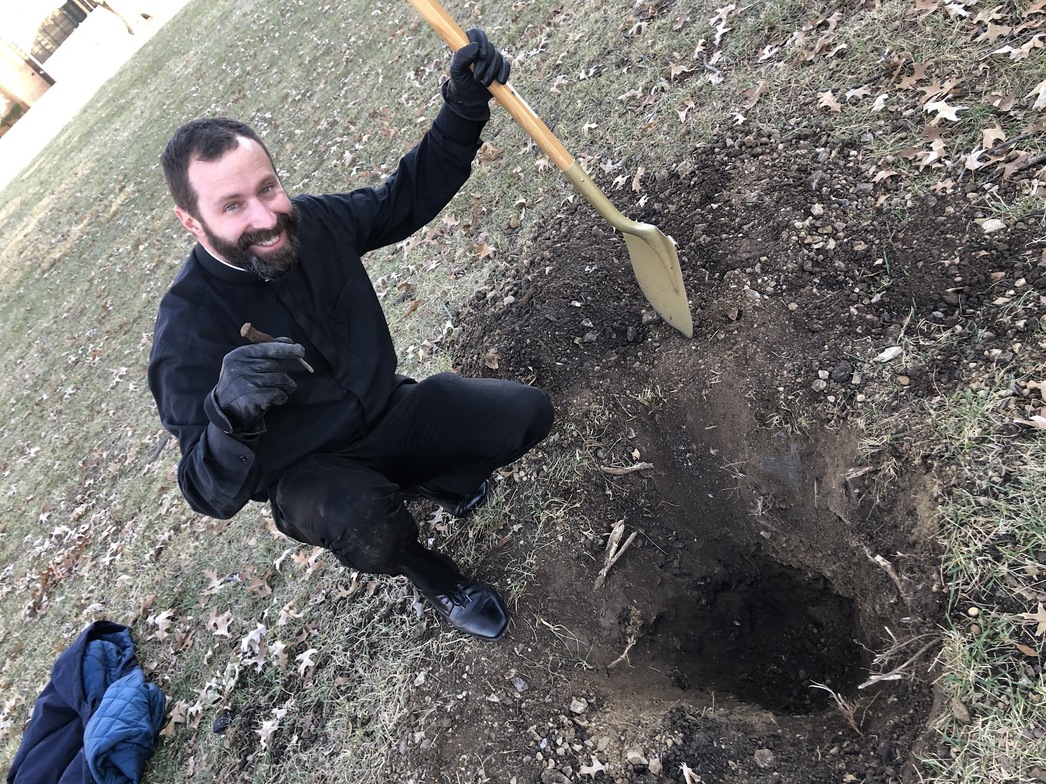 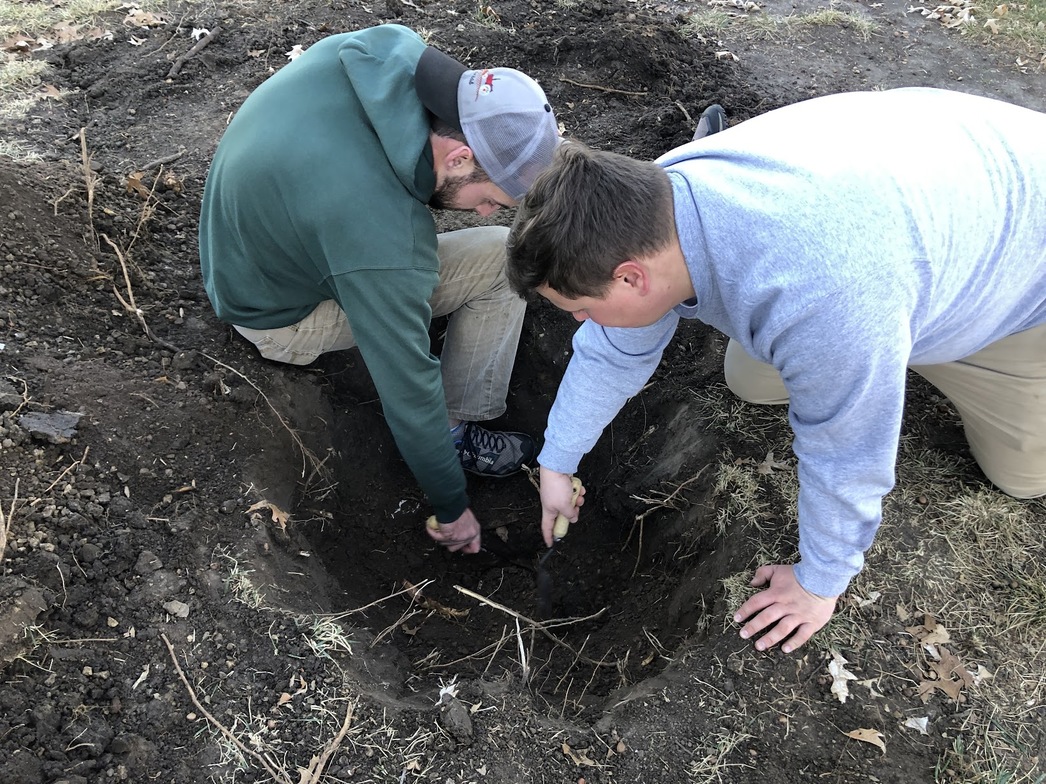 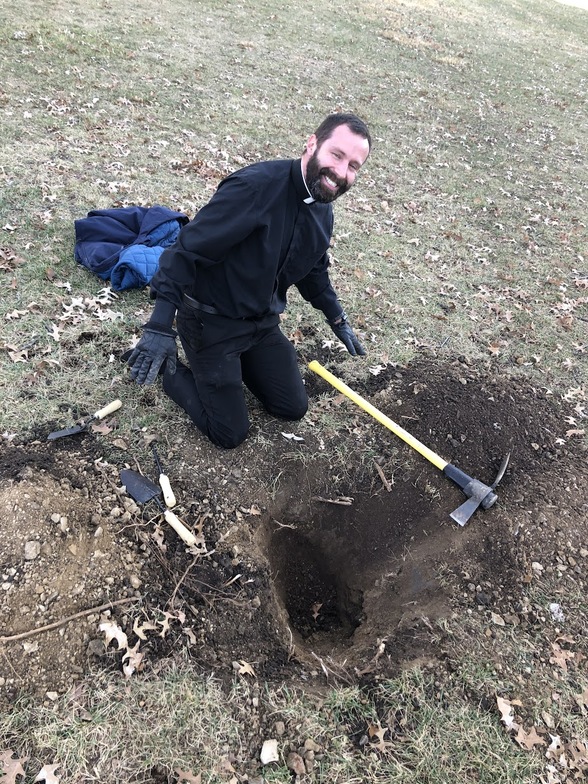 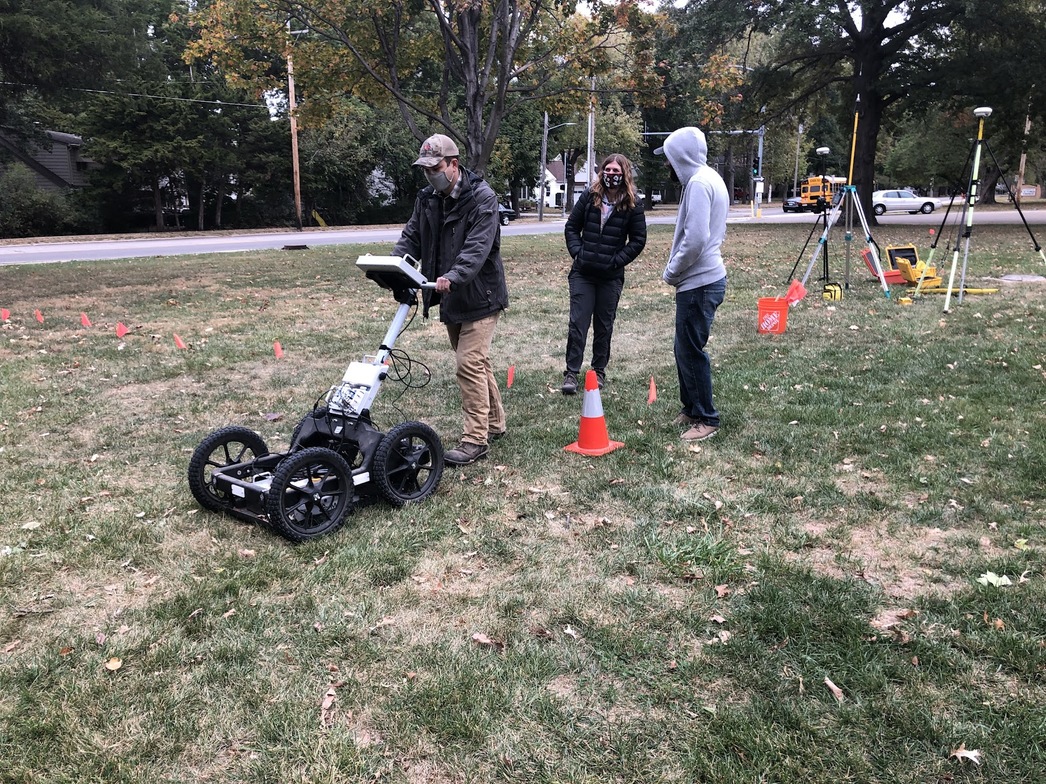 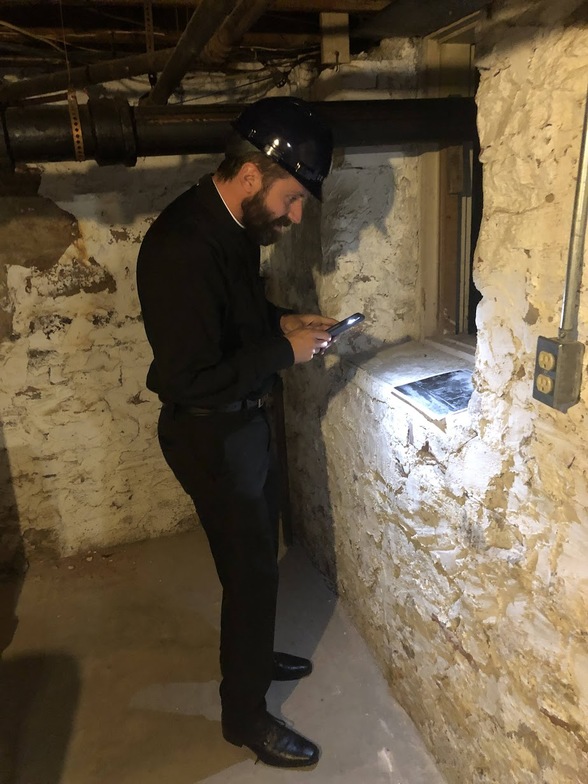 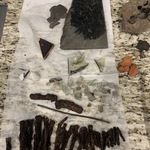 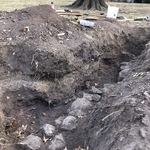 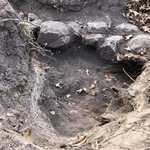 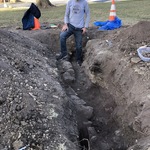 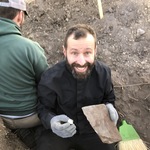 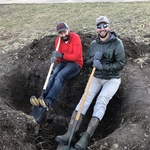 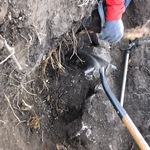 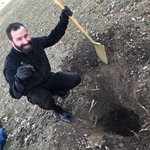 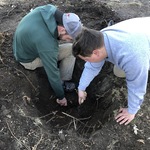 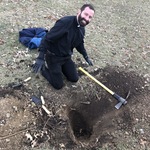 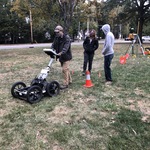 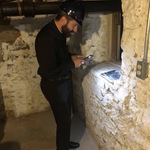